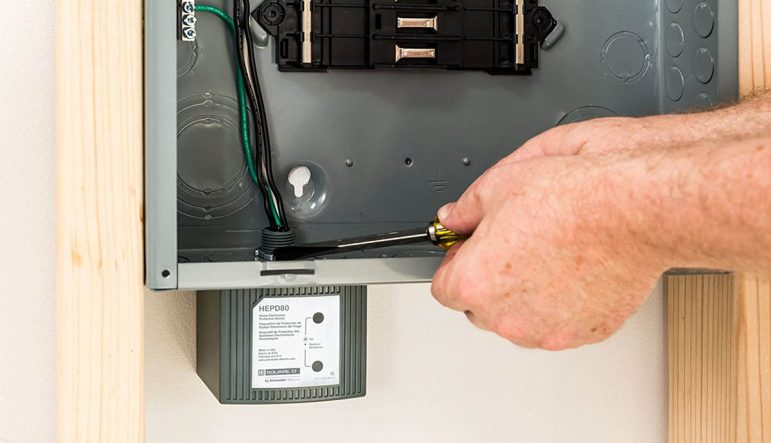 Surge protectors are a low-cost method of protecting your home’s electrical appliances. We’ve all heard horror stories about expensive televisions and gaming systems catching fire when the power goes off. A modest bit of money might help you avoid a lot of grief. As a result, before you look up “electricians near me” to help you choose the finest surge protectors for your home, you should know a few things regarding surge protectors.

Surge protectors degrade over time. Even if there hasn’t been a spike, they are continually controlling the power that passes through them. While some may illuminate a warning light when Surge Protection is no longer active, and others will stop operating altogether, many will continue to power your gadgets. It’s possible that your older unit isn’t safeguarding you.

2. Power Strips and Surge Protectors are not the Same Things.

Many folks will get a power strip from a large box retailer. They believe that by using a power strip, they would be able to safeguard their electronics from surges. We get a lot of calls from folks who have had pricey equipment damaged by surges when connected to power strips. There are surge protectors that look like power strips. However, be certain that Surge Protection is explicitly listed when you purchase.

3. Your Ethernet, Phone, and Cable Connections may all be Protected.

If you utilize an Ethernet cable for your internet, phone, or security system, an Ethernet Surge Protector is a good idea. Ethernet cables carry a little amount of power, which might cause them to spike. It would be in your best interests to invest in cable protection.

4. Surge Protection is Frequently Accompanied by a Warranty.

It’s like having two layers of defense! Some surge protectors provide a Warranty that covers the products you connect to them. Some insurance companies can pay up to $100,000 for damage to your equipment. Now that’s a motivator.

5. A Whole-House Surge Protector is Available.

Many individuals are unaware that they may easily and affordably secure their entire home against a surge. A Licensed Electrician may install a Whole Home Surge Protector in your electrical system, considerably reducing the harm that an electrical surge may do. The greatest aspect is that most units are affordable, costing only a few hundred dollars.

6. Choose one with Sufficient Space for Large Plugs.

Many gadgets rely on wall adapters, which are connectors that convert AC power to DC power and resemble little boxes with protruding electrical prongs. To accommodate bulky plugs, look for a surge protector with a greater distance between sockets, or sockets that can be rotated or shifted.

There’s no reason why you shouldn’t invest in a surge protector. It depends depend on how much you require. If you reside in a location where thunderstorms occur frequently, your equipment is more prone to face power surges. Even if you live in the desert, your air conditioner or refrigerator might send power surges back to your A/V equipment.

Because most surge protectors are inexpensive, it’s worth acquiring one (and updating it on a regular basis) just in case. To get the most suitable recommendations and services for the whole house surge protectors get in touch with Bright Electric, your smart choice.