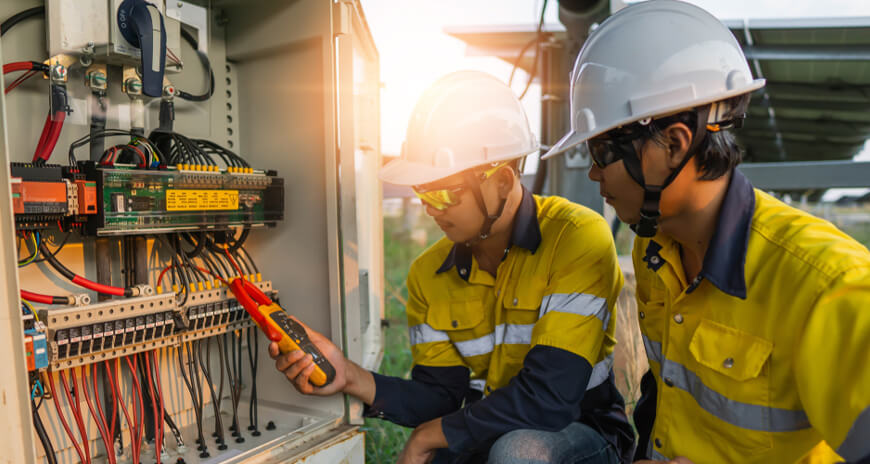 To avoid electrical-related accidents, it’s always best to undergo electrical safety inspections. You don’t want to risk the lives of your loved ones, nor do you want to risk losing all your possessions and valuables to an electrical fire. Electrical wiring in a house is the most complex and unseen part of your home; most components and wiring are hidden within the walls above and below the living area.

According to National Fire Protection Association (NFPA), electrical wiring and lighting equipment ranked first in direct fire causes in the number of home fires. In 2014-2018, electrical distribution or lighting equipment, such as wiring, lighting, cords, and plugs, was involved in an estimated average of roughly 34,000 (10%) reported home structure fires per year. These incidents caused an average of 470 (18%) civilian deaths, 1,100 civilian injuries (10%), and $1.4 billion (19%) in direct property damage annually.

When Do You Need an Electrical Safety Inspection?

The Electrical Safety Foundation recommends that Homeowners should schedule an electrical home safety inspection at these times. When you are buying or selling a home, it’s very crucial to conduct an electrical inspection of your home for the safety of your loved ones and your home.

Benefits of an Electrical Safety Inspection

An electrical house inspection is critical for the protection of your family and your property. Professional electrical inspection services of your home’s electrical system will provide you with peace of mind by:

What Does an Electrical Home Inspection Include?

Please don’t put it off any longer; contact us today to have an electrical home inspection performed to protect the safety of your house and family. By hiring a professional electrician from Bright Electric, we’ll help you take a load off your shoulders by ensuring that everything in your home is up to code and in line with state regulations. A safety inspection will cover all areas of your home that receives electricity. Call us at (405) 212-6252 or schedule an appointment online.

When searching for a reliable electrician, call us at (405) 212-6252. We specialize in electrical repairs, indoor and outdoor lighting installations, panel upgrades, and even hot tub wiring!